Dr. Manjula Raguthu broke new ground in her field when she conducted research on “Levels of HBAIc in known diabetics during pregnancy and those with gestational diabetes” in 1994, and later, on “stress in resident physicians.” She attended Guntur Medical College in India, where she earned an M.B.B.S., and went on to study as a post-graduate in Obstetrics and Gynecology at Osmania Medical College in Hyderabad, India. She remained abreast of trends and developments in her field as a member of the American Academy of Family Physicians, the American Medical Association, American Physicians of Indian Origin, the Texas Academy of Family Physicians, and the American Anti-Aging Academy.

Dr. Raguthu is a Certified Medical Coder, and she is Certified in Medical Office Management; she is also a Certified Compliance Officer. She has received the following awards and accolades over the course of an illustrious career:

Dr. Raguthu’s previous roles include that of an attending physician at Brownsville Community Health Center, at St. Vincent’s Catholic Medical Centers, and at Pierre- Toussaint Health Center, and a House Officer at Mary Immaculate Hospital. She also completed a residency in family practice, and one in internal medicine, at St. Vincent’s Catholic Medical Centers of Jamaica, among many more positions she has held. Dr. Raguthu volunteers for a number of nonprofit organizations and has been awarded many prizes for her part in a myriad of debates, quizzes and seminars. She also organizes AIDS awareness camp outings, and participates in free health camps. 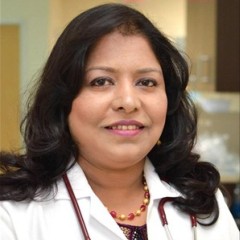