Frown lines are a common complaint when it comes to facial aging. There are many products to treat these issues on the market, some of which are injectable treatments. One of these treatments is XEOMIN, which is specially designed to target moderate to severe frown lines to restore a more youthful look.

XEOMIN is a prescription medication created to address the appearance of moderate to severe frown lines. Frown lines are known medically as glabellar lines and typically appear between the eyes.

These frown lines, as the name implies, appear with frequent repeated facial expressions such as frowning, laughing or smiling. As the muscles contract, they cause the skin to wrinkle. This repeated wrinkling eventually has noticeable effects on skin appearance and laxity.
Frown lines are sometimes referred to as:

Regardless of the name used, XEOMIN is created specifically to address these issues in a quick, effective manner.

XEOMIN is an FDA-approved injectable treatment that is often used as an alternative to Botox. XEOMIN utilizes the substance known as botulinum toxin type A. This solution is a protein that affects the nerve endings of the facial muscles.

XEOMIN works by preventing these nerve endings and muscular fibers from contracting, which can reduce the appearance of frown lines on the forehead and between the eyes. The effects of one XEOMIN treatment last about 3 months, with follow-up treatments are typically available.

The XEOMIN injection is typically painless and takes just 10 – 20 minutes to complete. Because XEOMIN needle is so small and targets only a small portion of the face, there is little-to-no downtime involved. XEOMIN is a relatively low-pain procedure and no anesthesia is typically required. As such, it is frequently performed in an office setting. Some patients may experience small amounts of swelling after a XEOMIN injection, but it is not common. In some cases, ice or a cold pack may be utilized to bring down this swelling.

XEOMIN Before & After Photos 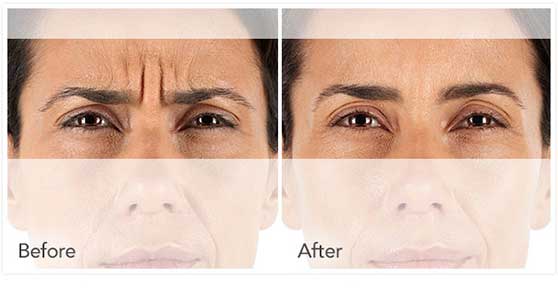 Before & After pictures are provided by the product manufacturer. Your results may vary.

XEOMIN is a solution designed to treat frown lines on around the eyes and forehead. If you’re interested in receiving XEOMIN treatment, call (832) 532-0050 or contact us online. 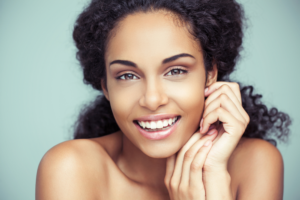 How Can I Get Rid of Melasma?

Melasma is one of the most stubborn skin conditions. If you suffer from any form of skin discoloration, you are

Hormones and Weight Gain Know about this test procedure.

Bio-Identical Hormones & Your Body Weight For many years, physicians and researchers struggled to connect the dots between hormones and